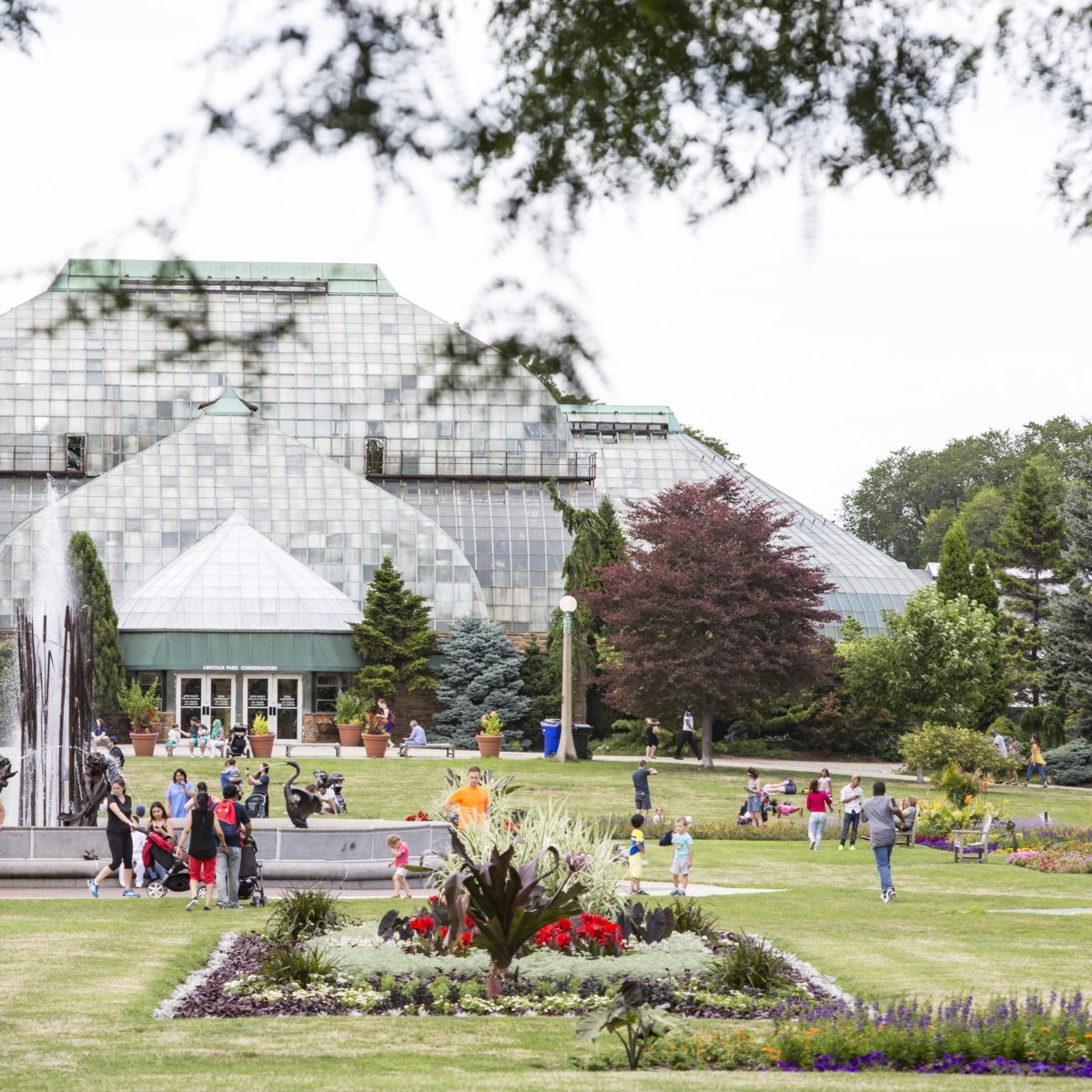 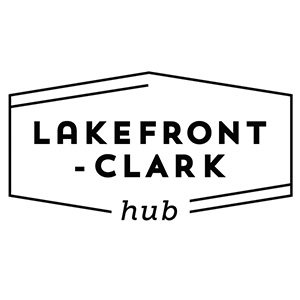 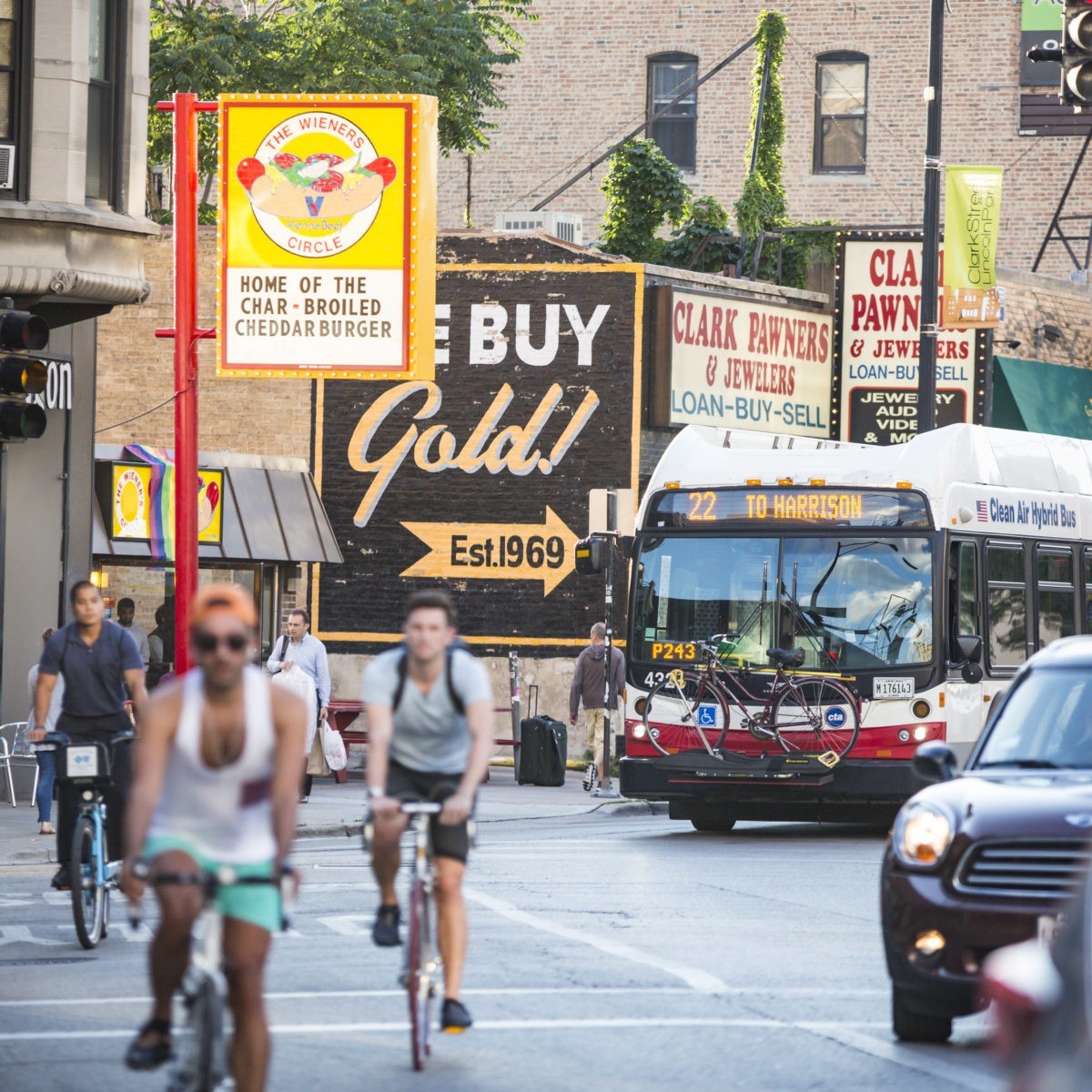 A lush, green park on the lake, museums, theatre, dining — you can spend an entire weekend in the Lakefront – Clark hub and still want more.

The Lincoln Park Cultural Center, housed in a 1927 Georgian Revival-style building, offers everything from a ceramics studio to kids’ activities. The Lincoln Park Zoo, one of the nation’s oldest, is free and open year-round (Chicago is so hardy even the zoo animals go to work in the winter). Watch productions from local theatre companies at Theater on the Lake, with Lake Michigan and the city skyline as your backdrop and then grab a bite to eat or cocktail at The Lakefront Restaurant.

Two museums are a short walk from the park. The Chicago History Museum presents an interactive narrative of the city’s history. Kids flock to the Peggy Notebaert Nature Museum, but grown-ups love it, too, for its science and nature exhibits (the butterfly haven is a must-see). In the cooler months, it also hosts the Green City Market, Chicago’s largest sustainable farmer’s market. When it’s warm, you can find the market open-air inside Lincoln Park.

The North and Wells intersection is home to nationally recognized Chicago theatre and comedy. Most every name you know in comedy got their start at The Second City, an improv and sketch theatre founded in 1959. Its sister theatre, UP Comedy Club, is housed in the same complex, and offers sketch, improv, and stand-up. For more stand-up from local and national comedians, head to the intimate, old-school Zanies. Not craving comedy? Check out A Red Orchid Theatre, whose mission is theatre “for a modern world.” 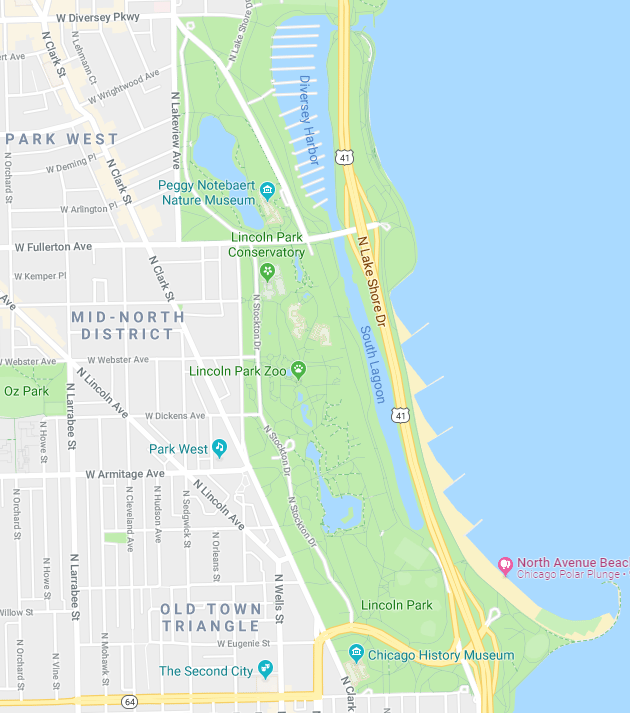 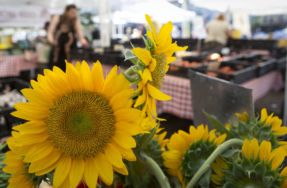 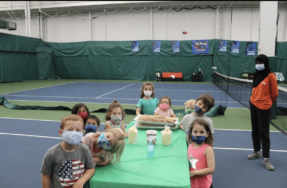 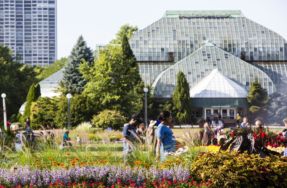