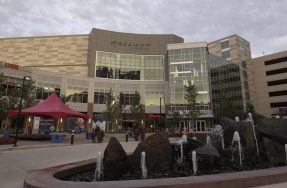 ArcLight Chicago continues to deliver great programming through the fall. Upcoming events include:

Women in Entertainment Chicago: Sanaa Hamri, director & executive producer, EMPIRE
Monday, October 24
Doors open at 5:30p; Programming begins at 6:30p
ArcLight Chicago presents the first installment of ArcLight Women in Entertainment Chicago, featuring inspiring speakers from across the entertainment industry. For this event, ArcLight Cinemas, Women in Film Chicago, and IFP Chicago have joined forces to create a forum uniquely designed to support, educate and enrich women working in and those aspiring to work in the entertainment industry, gathering activists, artists, entrepreneurs, executives and journalists to discuss themes in women’s leadership and empowerment.

The evening includes an opening reception brought to you by local Chicago establishments, 90+ cellars and Knife and Tine. Doors open at 5:30 pm, programming begins at 6:30 pm.