We’re thrilled to announce the finalists and Neighborhood Champion honorees for the 2017 Best of Lincoln Park Awards.

The public can vote for finalists Friday, October 27 through Monday, November 6 at surveymonkey.com/r/2017bestofFinals. Winners will be announced at an awards ceremony at Victory Gardens Biograph Theater (2433 N. Lincoln) on Monday, November 13, 2017.

Tickets are $40 in advance/$50 at the door. Tickets for Groups of 5 or more are $34. In addition to a brief awards ceremony hosted by WGN Radio’s Patti Vasquez, tickets include a pre-show reception beginning at 5:30 p.m. featuring tastes and cocktails from Lincoln Park favorites and desserts in the lobby after a brief awards ceremony. Tickets can be reserved at lincolnparkchamber.com/bestof.

The LPCC is excited to recognize Emerald City Theatre as the organization recipient of the 2017 Neighborhood Champion Award. This award honors a non-profit organization, business, or cause that has made a positive impact within the Lincoln Park community. 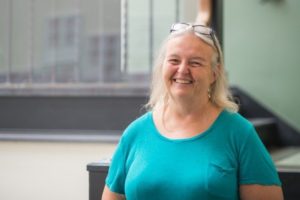 The LPCC is thrilled to honor Nada Riley as the 2017 resident recipient of the Neighborhood Champion Award. This award honors a resident within the Lincoln Park neighborhood that has made a positive impact through his or her actions within the community.

Nada, a Lincoln Park resident for over five decades, is a tireless volunteer and advocate for Lincoln Park residents and families. In addition to her work at the Park West Co-Op Nursery School, she serves as a community representative on both the Lincoln Elementary and Lincoln Park High School Local School Councils. She is also a facilities co-coordinator for the #1School1Community program at Lincoln Park High School and has helped to coordinate volunteer painting days that have resulted in 51 classrooms – one third of all classrooms – being painted within one year. She is currently on the Board of the Park West Community Association and member of Lincoln Central Association where she also serves on the Community Affairs Committee and Arts & Culture Committee. For the new Lincoln Common development, Nada has been part of the Neighborhood Liaison Committee with Hines – McCaffery. Her dedication, advocacy and devotion to the community is tireless and a model for great citizenship.