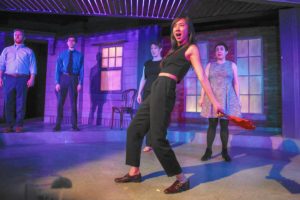 Ready for the weekend? Here’s your guide to some of the best things to do this weekend in Lincoln Park, Chicago.

Anniversary Party @ HopCat
The first HopCat opened in January 2008 in Grand Rapids, MI. HopCat Chicago is making the anniversary a family affair and celebrating 9 years of HopCat on Saturday with free Crack Fries until 5:00 p.m. (dine-in only, with any purchase), a Crack Fries Eating Contest and featuring some killer brews.

Linsey Alexander @ Kingston Mines
“You can hear in Alexander’s deep, rich, gritty vocals that he knows what he’s singing about; that he’s been carrying this music around in his soul for decades.” – Jim White, Community Voices

The Christians @ Steppenwolf
“Everything about Irwin’s performance shows what that can do to a pastor who embraces personal change. (Highly Recommended)” – Chicago Tribune

Thrones! The Musical @ Apollo Theater
“Endless inside jokes and spoilers had the audience falling out of their chairs” – Chicago Reader

Join us for this one-of-a-kind celebration of food and the Lincoln Park community. Sample cuisine from some of Lincoln Park’s finest restaurants, and toast your friends and neighbors.

Tickets include all food, wine and beer featuring Revolution Brewing.