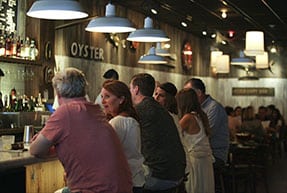 Here’s your Lincoln Park weekend event guide to catch some of Chicago’s best culture and happenings in the neighborhood.

Dog Costume Contest @ Hotel Lincoln
The boutique Hotel Lincoln continues its support of local pet shelter One Tail at a Time with a Halloween party and dog costume contest, as well as a dog adoption event. Guests and animal lovers are welcome to bring their dogs dressed up in their Halloween costumes and participate in the costume contest.

Diary of A Worm, A Spider & A Fly @ Apollo Theater
Join Emerald City Theatre to enter the whimsical world of insects with a cast of creepy crawly characters, and laugh away the trials of being a young bug in school. Through musical genres such as rap, hip-hop, pop, and Broadway standards, this choral comedy humanizes the life cycles of insects to celebrate and accept the passions and differences in every child. Taken from the best-selling books by Doreen Cronin, “There’s an alternate world that’s very cool beneath your feet and in the air!” For ages 3 – 9

The Chicago Moth StorySLAM @ Lincoln Hall
THE MOTH is an acclaimed not-for-profit organization dedicated to the art and craft of storytelling, and a recipient of a 2012 John D. and Catherine T. MacArthur Foundation MacArthur Award for Creative & Effective Institutions (MACEI). Through its ongoing programs—The Moth Mainstage, The Moth StorySLAMs, The Moth Community & Education Programs, and Moth Corporate Programs—The Moth has presented more than 17,000 stories, told live and without notes, to standing-room-only crowds world-wide.

Drop-In Improv Class @ The Second City
Open to all levels of improvisers, this is a great opportunity to practice, have some fun, and meet new people. Pre-registration is not necessary; students should check in at the Training Center office before each class.

Hand to God @ Victory Gardens Theatre
“It is a very weird phenomenon, to say the least, and an ancient theatrical form. And nowhere have I seen the whole thing done with more skill, wit, conviction and pure demonic glee than in “Hand to God” – Chicago Sun Times

Who to take?
Your BFF
Where to grab dinner before the show?
De Quay

The Happiest Place on Earth @ Greenhouse Theater
“Witty and heartbreaking in equal measure, he crafts vivid, emotionally charged scenes with language that feels both accessible and cinematic.” – Chicago Reader

Who to take?
Your best friend
Where to grab a drink after the show?
Delilah’s

A Red Line Runs Through It @ The Second City e.t.c.
“admirably fearless…one of my favorite of the e.t.c. shows of the last 20 years. For it is exceptionally well-written.” – Chicago Tribune

Who to take?
Date night!
Where to grab a drink after the show?
1959 Kitchen & Bar

#DateMe: An OkCupid Experiment @ UP Comedy Club
“This show is not to be missed!” – Chicago Splash

Who to take?
Your bridal party
Where to grab a drink after the show?
Benchmark

Who to take?
Your friends visiting for the weekend
Where to grab a drink after the show?
iO’s Bar

Who to take?
Your sister
Where to grab a snack before the show?
Oyster Bah