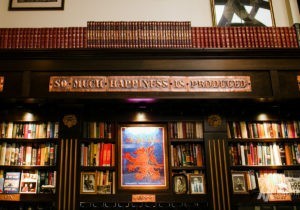 Skylar Grey @ Lincoln Hall
Skylar Grey, a longtime collaborator with Eminem, kicks off the release of her new album, Natural Causes, with a stop at Lincoln Hall.

Neighborhood Tip: Grab a drink after the show at The Red Lion Pub (pictured)

Vance Kelly & The Back Street Candy Lickin Blues Band @ Kingston Mines
Vance Kelly is one of the few acts in Chicago who was able to please audiences on the South, West and North sides, with a versatile band that spans the wide spectrum of blues material, from old soul chestnuts to funk to raw down-home blues

The Musical Armando @ iO Chicago
Each week a different guest will give a storytelling-style monologue, based on an audience suggestion. Inspired by the monologue, this dynamic cast of ten will set into scenes, songs and choreography. The cast includes Christy Bonstell, Katie Dufresne, Pat Dwyer, Sarah Hoffman, Shantira Jackson, Jon Matteson, Eric Muller, Nnamdi Ngwe, Patrick Rowland and Stacey Smith.

Pirandello’s Henry IV @ Greenhouse Theater Center
Remy Bumppo Theatre Company presents Pirandello’s Henry IV by Tom Stoppard. An Italian nobleman falls from his horse at a costume party and suddenly believes he is German Emperor Henry IV. While at first they play along, his friends decide that 20 years is long enough to indulge his regal fantasy, and they seek the help of a renowned psychiatrist to shock him back to reality. Re-imagined by Tom Stoppard, Pirandello’s Henry IV is a gripping spiral of revelations that illuminates the distorted line between madness and sanity.

The Second City’s Fast, Loud & Funny @ UP Comedy Club
The Second City is proud to present this in-your-face indictment of the modern condition. Millennial social media dilemmas, D-bags on dates, and auto-tuned relationships are just a few of the targets this amazingly talented ensemble takes on. The struggle is fake, folks, but the comedy is oh so real.

The Burials @ Steppenwolf Theatre
Sophie is everything an upstanding young millennial should be: engaged, devoted to her family, and a likely valedictorian. But her life is shattered when her brother goes on a high school shooting rampage. Thrust into the national spotlight, Sophie finds herself torn between defying the narrative being woven about her brother in the media, and stopping the father she loves from using the rampage for his own political ends. Inspired by Antigone, The Burials is a modern tale of civic responsibility and the gun epidemic in America.

The 39th Annual Bank of America Chicago Marathon returns this weekend and will be weaving its way through 29 diverse neighborhoods including Lincoln Park. There will be large crowds in the neighborhood cheering for the runners, as well as parking and crossing restrictions throughout the area. For more information and a map of the full course, click here.

Neighborhood Tip: Looking for a place to carbo-load before the run? Click here for a full directory of Lincoln Park restaurants.

Chicago columnist and political analyst Laura Washington will moderate a panel discussions at 7 p.m. before the debate. Panelists include Jesús “Chuy” García, Cook County commissioner, Seventh District; Julie Lee Merseth is an assistant professor of Political Science and a faculty associate of the Institute for Policy Research at Northwestern University; and Dina Smeltz, senior fellow, Public Opinion and Foreign Policy at The Chicago Council on Global Affairs for a discussion on immigration. 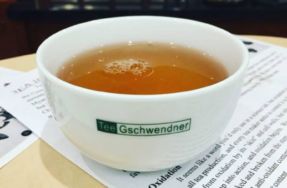 Updates to Stay at Home Order Including Retail Guidelines