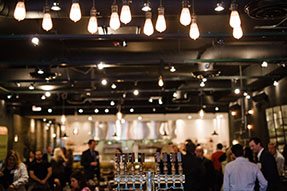 Here’s your Lincoln Park weekend event guide to catch some of Chicago’s best fests, culture and happenings in the neighborhood.

11 on 11 Lincoln Avenue Pub Ride
Take a ride on the #11 Bus on August 26 and celebrate its return on Lincoln Avenue! Eleven pubs and bars from Lincoln Park to Lincoln Square will be offering special tappings and deals, all for a great cause! Print your Beer Explorer Passport and indulge in a beer or a bite. Special entertainment and giveaways will greet bus riders as they hop from bar to bar. The participating bars include:

DUTCHMAN/TRANSit @ American Blues Theater
Experience two explosive plays in one event. First see Dutchman — one of the most important plays in 20th-century culture to take on race relations. Then, inspired by Baraka’s pivotal work, watch the world-premiere commission TRANSit. New York City Transit: humanity’s great collision place. One hot summer night, Veronica finds herself drawn to a sensitive, unpredictable street performer aboard a subway train. The rhythms of their encounter reveal more than either had planned, and soon an explosive mix of identity, sex, and betrayal is unleashed.

Confessions of a P.I.M.P @ Victory Gardens Theater
From the heat of urban insurrection in Baltimore, Maryland to the incandescent glare of New York’s Great White Way, “Jelly Belly” has many stories to tell. Through song, dance, and spoken word, join Victory Gardens Theater’s Fox Foundation Resident Actor Fellow André De Shields in this riveting solo-performance as we follow this adventure from inner city impoverishment to self-actualization.