The hit comedy, Late Night Catechism, welcomes Chicago actress and opera singer Rose Guccione in the role of Sister. Guccione performed for 20 years with the Lyric Opera of Chicago and in several productions with Chicago’s Folks Operetta. She has sung extensively throughout the U.S., Europe and South Africa. She also performed in several sketch comedy and improv shows with Salsation Theatre Company. Guccione is a faculty member at Dominican University in River Forest, Illinois, where she teaches music and arts entrepreneurship courses. She also has her own singing telegram company called OperaGram.com.

Call it Loretta Young meets Carol Burnett, with a little Whoopi Goldberg thrown in, Late Night Catechism is part catechism class, part stand-up comedy routine. Written by Vicki Quade & Maripat Donovan, it’s an interactive comedy, one of the longest running shows in Chicago and U.S. theater history. Now celebrating its 28th year, Late Night Catechism opened in 1993 and had been running in Chicago ever since, only forced to take a break during the pandemic.

In addition to Guccione, the role of “Sister” will continue to feature Second City alum Jenna Steege, as well as long-standing actresses Liz Cloud and Mary Zentmyer.

Since opening in May of 1993 at Live Bait Theatre in Chicago, Late Night Catechism has seen three popes, three cardinals, four presidents, three Chicago mayors, at least a dozen Chicago area theaters, 20 local actresses, and provided laughter to more than 3.5 million audience members in more than 410 cities, playing in six countries on four continents. Worldwide, the show has grossed more than $100 million in box office receipts. Late Night Catechism has helped raise more than $3 million for the retirement funds of various orders of nuns.

In addition, Nuns4Fun Entertainment will reopen its holiday classic, Christmas Bingo, for six weeks, starting November 26, for the holiday season, also at the Greenhouse Theater Center.

Christmas Bingo will feature Vicki Quade, Nancy Greco, and Kathleen Puls Andrade in the role of Mrs. Mary Margaret O’Brien, the former nun and bingo fundraiser. Tickets for all shows are $35. Tickets are available by calling the box office at (773) 404-7336 or click here to purchase online. 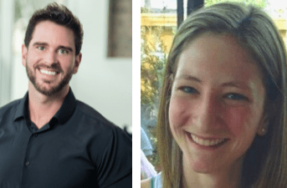