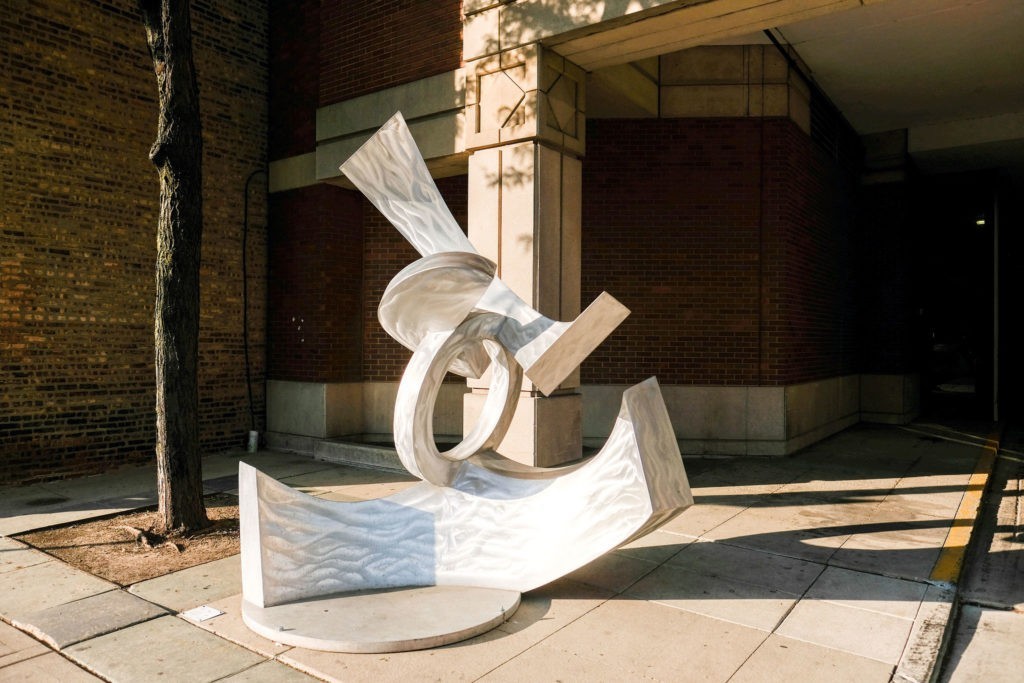 John Adduci received a Bachelor of Arts from Southern Illinois University in 1971, and a Master of Fine Arts from Arizona State University in 1975. For thirty years, he has been working from his Chicago studio, (a former C.T.A. substation in the Old Town neighborhood) as an internationally recognized artist utilizing the fluidity of metal to express both movement and stability to outdoor sculpture. BlaamO is a physical sculpture. A human-like figure bounces into the air, limbs sprawled in an excited burst of motion. The title refers to this energetic gesture, implying a “kaboom!” blast of movement.