Glimpses of the Great War: Faith, Family and Community during World War I 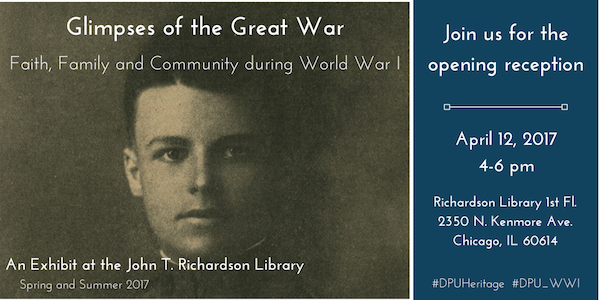 This spring, DePaul University Library will unveil its latest exhibit, “Glimpses of the Great War: Faith, Family and Community during World War I.” While exploring the war’s impact on DePaul, the exhibit also tracks the ties between the university and the Albert J. and Marguerite Ward family—long-time residents of Lincoln Park.
The Wards lived, operated a business, and were parishioners in Lincoln Park for decades (in addition to sending most of their children to the DePaul Academy or DePaul University). They lived at the northwest corner of Fullerton and Racine avenues (just outside the modern boundaries of Wrightwood Neighbors Association) in the early part of the 20th century, and lived near Fullerton and Cleveland, in the Mid-North neighborhood, by the time the United States entered World War I in 1917. Five of their children served in the war, and many maintained life-long connections to DePaul and Chicago. Please join them for this centennial exploration of our local community. 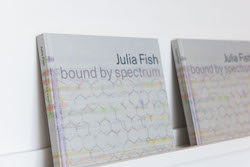 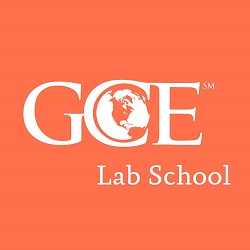