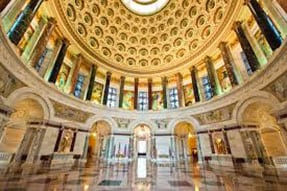 GayCo Anniversary Celebration @ UP Comedy Club
When they began, they couldn’t get married, serve openly in the military, adopt, or have federally recognized unions thanks to the brand new Defense of Marriage Act. Matthew Shepard was still alive. AIDs was still a serious threat. Ellen was in the closet and Will & Grace was two years away. On Friday, GayCo Productions returns to North & Wells for its 20th Anniversary extravaganza GAYCO XX: GAY FOR PLAY.

A Tribute to the Smiths and Morrisey
Formed in 2008, The Handsome Devilz got their start playing in their aunt’s restaurant in Pilsen before going on to become a Midwest regional favorite. Their goal: to bring to life the sounds of The Smiths and Morrissey. As time passes, The Devilz strive to resurrect as many songs as possible from their catalogs for all to enjoy.

Citizen Science Fair @ Peggy Notebaert Nature Museum
Chicago’s first Citizen Science Fair brings together crowd-powered science projects and everyday people excited about contribution to real scientific discoveries. From listening for the calls of imperiled frogs, to snapping squirrel photos or observing the night sky, there is a citizen science project for everyone.

Pets in the Plaza @ NEWCITY Lincoln Park
NEWCITY Lincoln Park will host its first annual Pet Parade to celebrate Halloween with your favorite four-legged boys and ghouls. This is an event for all ages and features a pet parade, costume contest, cookie decorating and face painting.