Spooktacular, one of Chicago’s best family friendly Halloween celebrations, returns to Clark Street in Lincoln Park on Sunday, October 29, 2017 from 1:00 – 4:00 p.m. on Clark Street between Armitage and Diversey and the south side of Diversey from Orchard to Lakeview. Spooktacular is presented by the Lincoln Park Chamber of Commerce and the Clark Street SSA #23.

Leading up to Spooktacular, Clark Street hosts its annual Scarecrows on Parade competition beginning Saturday, October 7. The public is encouraged to vote for their favorites at lincolnparkchamber.com. Voters will automatically be entered for a chance to win Spooktacular prizes including gift baskets and certificates from participating Lincoln Park businesses.

Scarecrows will be displayed at participating businesses on Clark Street between Armitage and Diversey, and on the south side of Diversey from Orchard to Lakeview

Scarecrows on Parade showcases the creative and artistic sides of our Clark Street business owners. Merchants display a scarecrow in their window that they have designed and created, and customers, pedestrians, and event attendees pick the winners! Scarecrows will be on display on Clark Street from October 7 through October 31.

There are four scarecrow voting categories: Spookiest Scarecrow, Most Creative Scarecrow, Funniest Scarecrow, and Favorite Student Scarecrow. A complete list of participants will be available at lincolnparkchamber.com beginning October 7. Each scarecrow will be eligible to win in only one category. Voting ends at 2:00 p.m. on Sunday, October 29, and winners will be announced during the Clark Street Spooktacular Costume Contest (located at HopCat – Chicago, 2577 N. Clark) on Sunday, October 29.

Spooktacular is Clark Street’s annual Halloween extravaganza. Participating businesses from Armitage to Diversey, and on the south side of Diversey from Orchard to Lakeview, open their doors to trick-or-treaters from 1:00 – 4:00 p.m. on Sunday, October 29. Along the way, Spooktacular trick-or-treaters will encounter jugglers, magicians, stilt walkers, and can compete in the annual Spooktacular Costume Contest.

Click here to learn more, get updates, and vote for your favorite scarecrows. Get the latest Lincoln Park news delivered directly to your inbox – click here to subscribe to our newsletters. 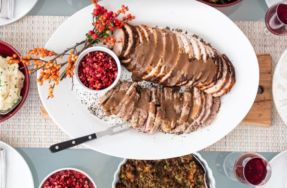