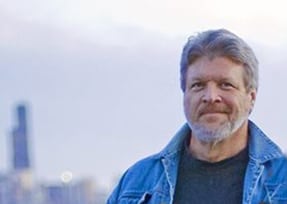 As part of the Lincoln Park Top 10 Awards, the Lincoln Park Chamber of Commerce (LPCC) will present two Neighborhood Champion Awards; one to a resident and one to an organization or business.

The LPCC is thrilled to honor Kenneth Dotson as one of the 2016 recipients of the Neighborhood Champion Award. This award honors a resident within the Lincoln Park neighborhood that has made a positive impact through his or her actions within the community.

Kenneth has been actively involved in the neighborhood in many volunteer capacities since moving to Lincoln Park in 2000. He is a long time member of Lincoln Central Association (LCA), and currently services as their President. Kenneth joined the LCA Board in 2014 and also serves as co-editor of From the Heart, LCA’s award winning newsletter.

In 2012, Mayor Emanuel appointed Kenneth to serve as a Commissioner of the Lincoln Avenue Special Service Area (SSA) and reappointed him to a second term in 2015. Kenneth is the current Chairman of the SSA Commission after serving as Chair of the Advisory Committee for the SSA’s reconstitution in 2015. In 2016, he was appointed by 43rd Ward Alderman Michele Smith to serve on a Neighborhood Liaison Committee that works with Hines and McCaffery Interests on the new development planned for the former Children’s Memorial site. Kenneth also enjoys his time as a member of the Oz Park Advisory Council.